1. Measles has been around for a long time.

In the 9th century, a Persian doctor published one of the first written accounts of measles. Later, in 1757, a Scottish physician named Francis Home demonstrated that an infectious agent in the blood of patients causes measles1.

2. Measles can cause serious complications. 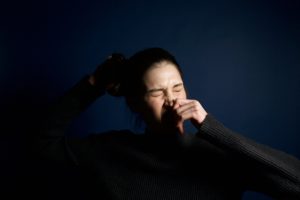 So far in the United States in 2019, there have been 1,215 cases, which is the largest number of cases reported since 1992 and since measles was declared eliminated in 2000. In any given year, outbreaks can occur due to an increase in the number of travelers who get measles abroad and bring it to the United States or due to unvaccinated people affecting their communities1.

5. Measles can lead to blindness.

Blindness due to measles is the single leading cause of blindness in low-income countries accounting for an estimated 15,000 to 60,000 cases of blindness per year2. This is due to vitamin A deficiency, which contributes to a delayed recovery and a high rate of complications. Severe measles cases among children should be treated with vitamin A that is administered immediately upon diagnosis and repeated the next day1.